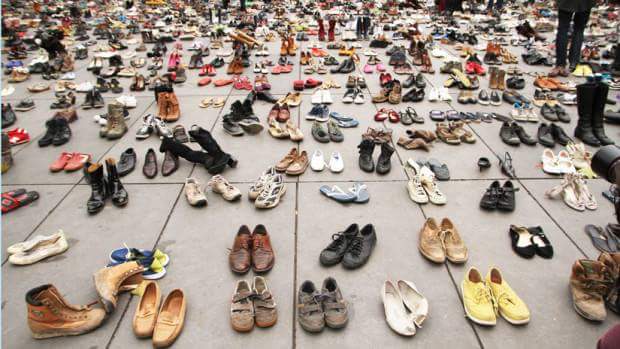 The United States has been kidnapped.
If disasters are to be judged by the loss of human life we are held hostage by a policy that is empirically the source of the single greatest disaster in American history. As the article linked above states we have killed more of each other, more of our families, and more of our friends in the last 40 years with guns than all the wars or armed conflicts in American history.

30,000 people. That is the equivalent of taking the entire population of the town I live in and lining them up and then shooting them one by one.

If the virtually unrestricted possession of guns is about freedom is the argument that 30000 deaths a year are the price of freedom? We would not accept that as an argument in any war we have fought. Are we okay with the idea that the most dangerous enemy of our country was not any enemy we fought in war but instead our neighbors and friends?

When the next mass shooting occurs we will have the same national discussion we had with the last mass shooting and the odds are do the same thing which was nothing we did last time also. And then we will be outraged that nothing changes .

If a drug killed 30000 Americans in one year we would spare no expense to outlaw it.

If terrorists killed 30000 there would be no terrorists left standing.

If a natural disaster killed 30000 it would be the greatest disaster ever.

When we kill 30000 it is a small sacrifice for freedom and any attempt to decrease the casualty list is a threat to all our rights.

We have been kidnapped. And they do shoot the hostages.